Founded in 1985, NEWELEC is a family company, specialized in electricity and industrial electrical engineering. Today, the NEWELEC group relies on a team of 150 people spread over three sites and offers a complete range of services in all fields of electrical engineering (in particular medium voltage, low voltage, switchboards and automation).

Through acquisitions and partnerships, the Walloon SME has strengthened its technical expertise in many fields while maintaining a strong local presence. It also offers an optimal response to the expectations of its industrial customers in terms of quality of power supply and management of their consumption. NEWELEC is active in the Province of Liège but also in Brussels and in Manage. Since 2004, its turnover has increased steadily from 5% to 10% each year and amounted to € 19.000.000 in 2016. The company has become one of the privileged partners of the largest industrial customers in Wallonia and Brussels.

While maintaining the family character and management team that have made it successful, NEWELEC will in the future work closely together with the other subsidiaries of the EDF Luminus group.

According to Grégoire Dallemagne, CEO of EDF Luminus, “With Newelec, we will be able to help Walloon and Brussels companies to consume less energy in order to reduce their invoice and their ecological footprint. With the arrival of NEWELEC, the EDF Luminus Group now has more than 1,800 employees, most of whom are devoted to energy services and renewable energies."

For Christophe Leclercq, Director NEWELEC Group “in this world where energy transition is underway, it was important for the NEWELEC Group to be able to rely on a strong partner which has an industrial vision which we fully share. Together with EDF Luminus, we will have the opportunity to grow and to diversify our range of services in adequacy with the new needs of our B2B customers.” 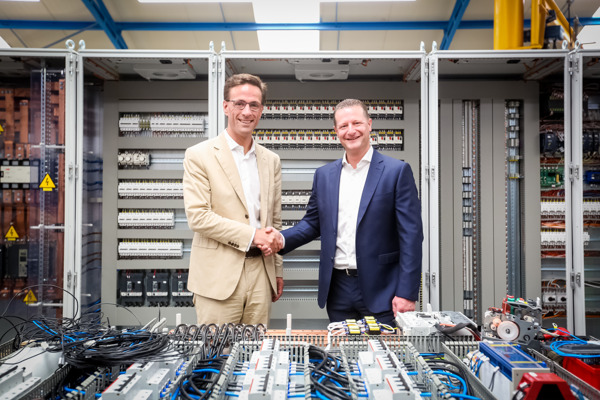