An investment which symbolises EDF Luminus’s commitment to the planet

In order to optimise the performance and flexibility of this 100% renewable energy production unit and prolong its service life, EDF Luminus has invested € 9 million in the renovation of its Andenne hydropower station, which has been operational since 1980. This investment symbolises EDF Luminus’s determination to play an active part in renewable energy production and in the fight against climate change.

Energy efficiency with an eye to the environment

The renovation project was aimed at improving the station’s energy efficiency. It included the replacement of two of the three turbines and the upgrade of its electrical installation in order to increase its performance thanks to more efficient equipment and water use. After the replacement of the turbines, the power plant on the River Meuse now generates 33,000,000 kWh a year, the equivalent of the consumption of 100% green electricity of 8,000 households.

CEO of EDF Luminus Grégoire Dallemagne states: “From a climate perspective, we have reached a turning point in our history and we all have a role to play, regardless of our position in society. As a responsible energy producer, EDF Luminus wishes to optimise its power generation facilities, address environmental challenges and invest in regions where it has a particularly strong local presence.”

Maxime Prévot, Walloon minister for Public Works, responsible for waterways:  “I am pleased with the extension of the production capacity of the Andenne power station. This once again shows the importance of waterways for Wallonia : they are not only important for the transport of goods, but also contribute to the production of renewable energy, completely in line with the strategy laid out by the Walloon government within the context of the COP21.  This project also perfectly matches my ambition to upgrade the infrastructural public space by means of the fees received by the Walloon financing company SOFICO from this type of installations."

This operation is part of an investment programme initiated in 2012. EDF Luminus has already spent € 23 million on the renovation of its hydropower stations in Lixhe, Andenne and Ampsin so as to improve their performance and flexibility as well as to prolong their service life. The company plans to invest an additional € 24 million in other hydropower stations by 2020.

A green energy producer with over 60 years’ experience

With an installed capacity of 67 MW, EDF Luminus’s seven hydropower plants represent a substantial part of the renewable energy generated by the company’s facilities. Their production makes it possible to save 101,205 tonnes of CO2 a year. They provide approximately 60,000 households with green energy.

925 tonnes of waste removed from the River Meuse, 80% of which is recyclable

For years, EDF Luminus has actively participated in cleaning the River Meuse, by collecting and removing waste carried along by the current to its power plants at its own expense. In 2015, the company extracted 925 tonnes of waste from the river for treatment, which makes it the biggest collector along the River Meuse since the operation began. 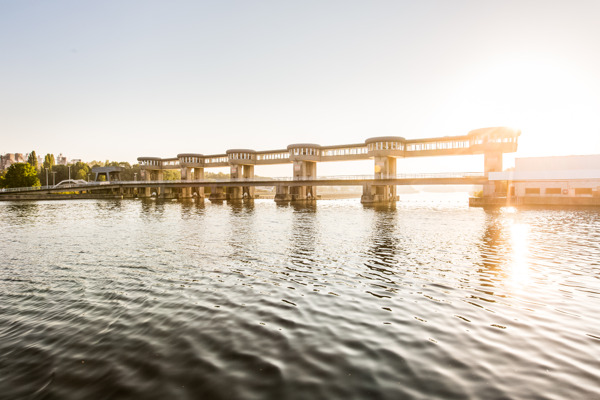