Perfect integration in an industrial estate

The installation of these wind turbines will offset 20,250 tonnes of CO2 emissions of a conventional coal-fired power station. This is equivalent to preventing the emissions of 8,852 cars (1) or 3,292 homes (2).

EDF Luminus currently operates a total of 93 wind turbines in Belgium and thus generates 385 GWh of wind power a year, supplying over 110,000 households with electricity. Peaking power plants will be run to meet electricity demand in periods of no wind.

A strategy for the development of renewable energy

EDF Luminus has invested in the production of renewable energy for over 50 years. About 14% of its energy production comes from renewable sources of Belgian origin and the company occupies a leading position in the production of hydropower and wind energy in Belgium. With 70 MW, these 6 new wind turbines accounted for 20% of the total growth of EDF Luminus’s wind power capacity in 2014, making the company the number 1 in the field of wind development. 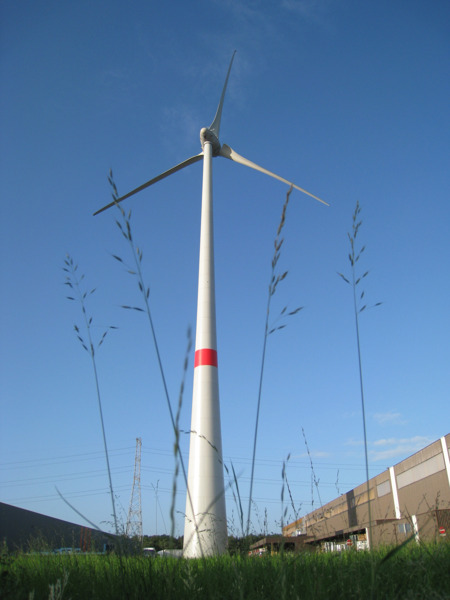